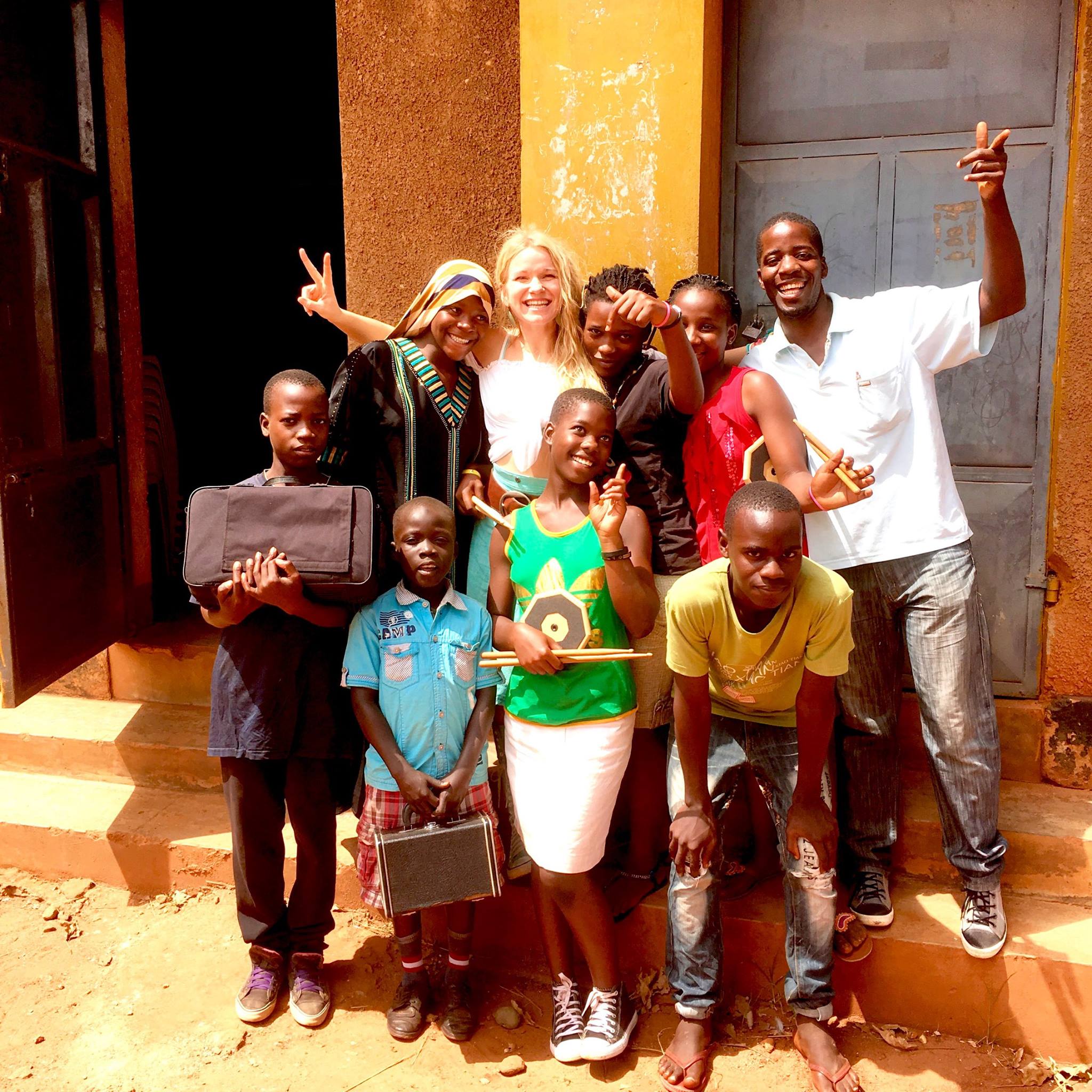 Sol is in Kampala, Uganda to teach homeless kids how to play drums! Follow her adventures on Facebook!

After a hair-raising finale at o13 Poppodium in Tilburg, the Katzenjammer European Tour of 2015 now has a leg to stand on. The second leg kicks off on December 7th in Cologne, but first it’s time for the 10 Year Anniversary celebration in Oslo´s Spektrum Arena. Join in if you can! 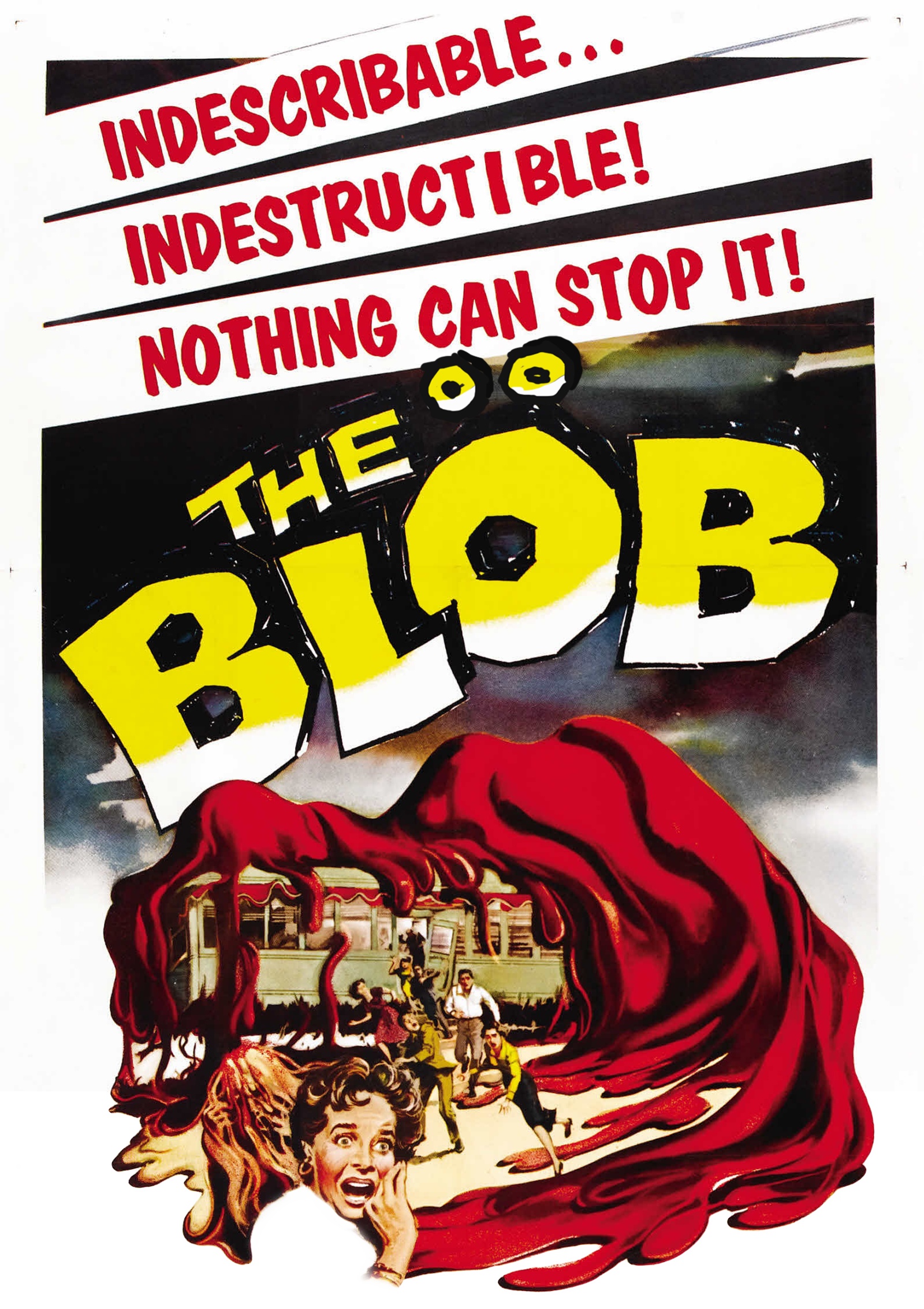 If you need to brush up on what this is actually all about, you can read about it here or here.

So, a little over a month ago, on October 8th, The Blöb reached 50% of its goal. Now, we´re pleased to announce, we are at 75%, another milestone on the way to Total Blöb Goodness™.

If you want to secure a signed, exclusive something for yourself, now is the time to do it! Pop over to the Blöb page now, and let´s push this thing past the 100% mark!

One of the fabulous items you can pre-purchase at the Gearbox Sessions PledgeMusic campaign site is an “exclusive screen print featuring original artwork”, signed by the band. But what is screen printing, anyway? We found a lovely video that shows the process from start to finish, at it´s most artisanal, hand made, DIY level.

So, why not give it ten minutes of your life, learn something you didn´t know, and then hop on over to the PledgeMusic site and treat yourself to one exclusive, signed screen print, at the low, low price of €24.20?

Direct-to-disc recording is the high-wire act of album making. Bypassing all the tools, hard drives and computers of the modern studio, the musician’s performance is captured by microphones, goes through a mixing console, and is etched directly onto a master vinyl disc. In one take, no redos, no repairs, no overdubs, no second chances. And not song-by-song, but side-by-side, i.e. one side of the record is performed in sequence, with the appropriate 4-second silence between tracks, then the master is turned over, and the other side is recorded in its entirety (possibly with a short break for tea and biscuits in between).

It’s the musician’s equivalent of jumping out of a plane, hoping you’ll meet someone with a spare parachute on the way down. So, of course, Katzenjammer really, really want to try it.

But for that to happen, we need your help! We set up a crowdfunding campaign at pledgemusic.com in early october, and we are as of this writing  [UPDATE: 99%!] of the way there. With 99 days left to go, there´s still plentiful goodies left for you to snap up: The Gearbox Sessions on beautiful vinyl (of course), artwork from the album, and setlists from recent Katzenjammer shows, all signed by the band, and much more! 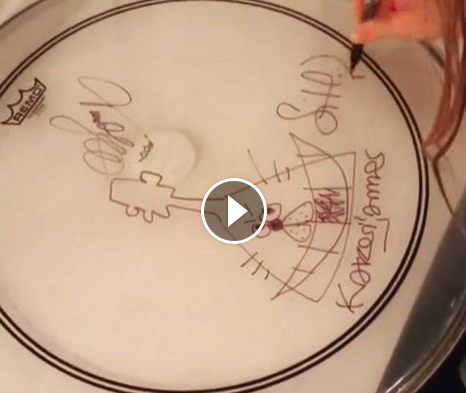 We are hoping to be able to record a live album on vinyl early next year with a little help from our friends!

Please check out http://smarturl.it/katzenjammer on the Pledge Campaign sites and see how you can help out! We donate exclusive Katzenjammer thingies like our old ukulele and backstage meetings and signed drum skins and the fun stuff. With your help we can make it happen!

Last year, I went to Iraq to visit refugees from Syria and Iraq in three different refugee camps. The impressions and the people I met were unforgettable. I think about them a lot. In less than ten months one million people have fled Syria out of totally four millions. Half of these are children. And still, many people are unable to escape the war ravaged country.Norwegian Refugee Council (NRC) are doing a fantastic effort to help as many as they can. You can download this song on iTunes, and see images from my trip in this video. All profits from this song goes directly to NRC.